On the way back to the car we stopped by the abandoned school mentioned in my last post. It had lockers covered with tacked up pictures and stickers of Boyzone , stamp sized stickers of the Spice Girls, of 911. Of all those early airbrush idols. I walked into a chapter from my young past with the eyes of an adult. It was degraded and aged, but in a sense, still preserved. That’s one of the great things about exploring abandonments. Like a song an abandonment stalls a moment in time. All the pictures were the same as you’d find in my school if you could travel back to a summer around 1997. I guess I would’ve been the right age to be at this school when it closed.

For me, I thought especially of the London school I stayed at, where the bedrooms and classroom tables were covered in stickers of the same people, taken from the same magazines.

We found hypodermic needles amongst discarded Christmas decorations in classrooms, Santas left adrift amidst debris in the halls and upstairs we found a shit in a draw. Literally, a shit in a draw. Very Trainspotting. In another world—even in this one—you could probably call it surrealist art. Or a keen satire on education.

It brings me some joy to think of the person who must have squatted over that draw, their thighs aching until their product dropped onto the plywood. They probably turned around and inspected their work and then, wasting little time, would have pushed the draw closed and there, entombed in an old cabinet, the excrement remained. Never again did it see the light of day.

At least, not until three fools with a burning curiosity opened all the draws, all the lockers, everything. Why? So we could understand the people and the place better. So we could understand the events leading up to the abandonment of this school and those that had transpired since. When our curiosity led us to that draw, however, though we found a little piece of history, we closed it and moved on.

The most interesting thing about the place was that someone had turned it into their own private art exhibition. Using black, they painted silhouetted figures and symbols: the outline of an angel, painted with dark, heavy brush strokes running down the walls, weeping. Or a huge eyeball across a mirror, a tear drop leaking out of it, pooling into a puddle on the cabinet below. The artist had a range of paintings all around the building, spread across multiple rooms and two levels, some hidden inside closed wardrobes or little corners or painted on mirrors, others loud and large, ripped across the walls. The paintings were dragons, tragic silhouettes, symbols, strange messages (“huuuuuug meeee pleeeeese”). 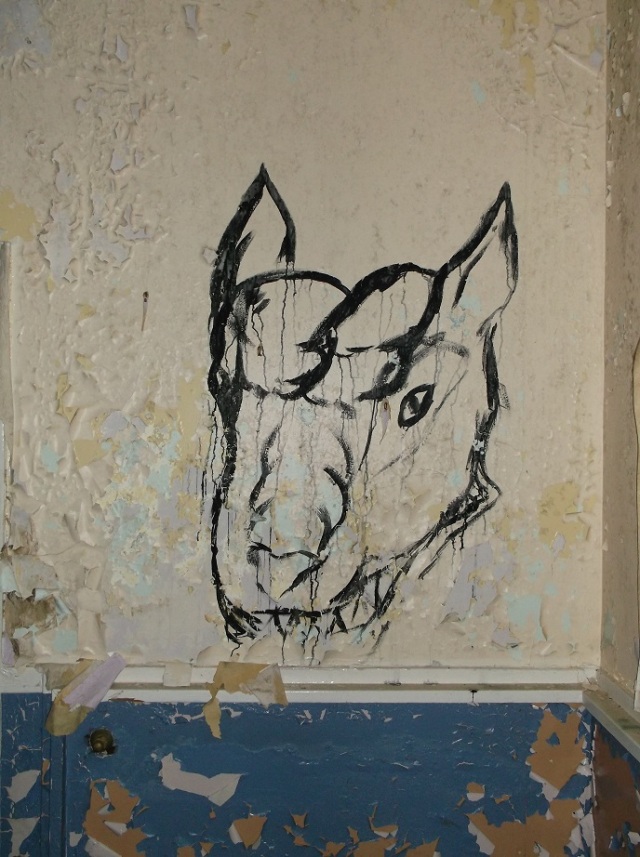 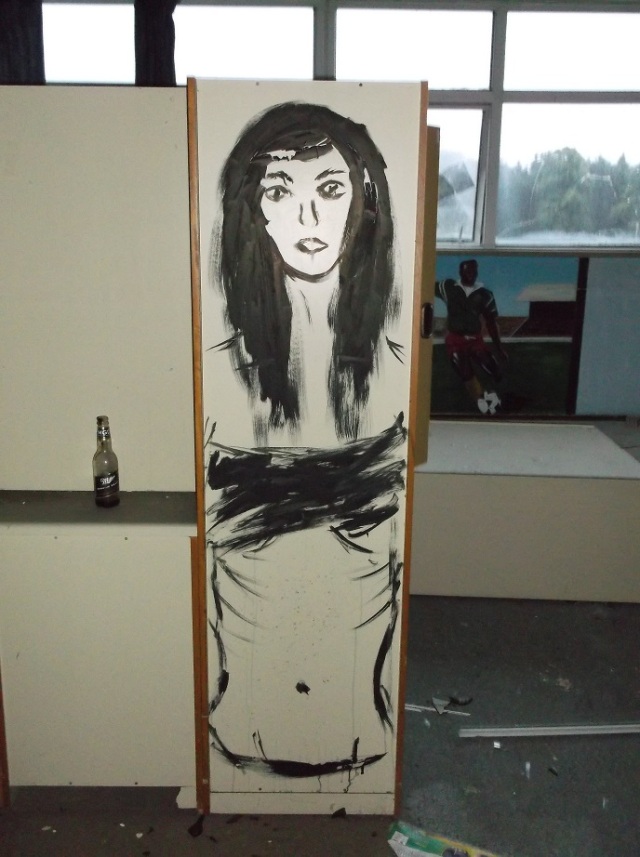 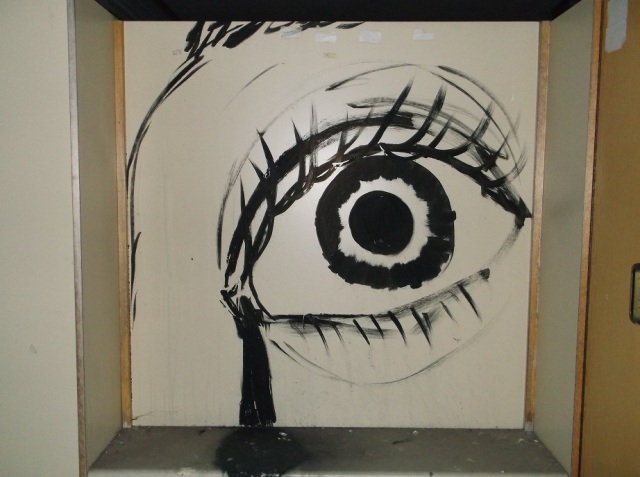 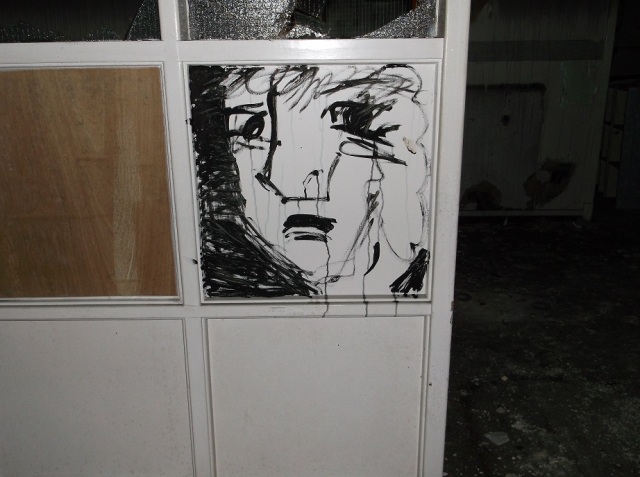 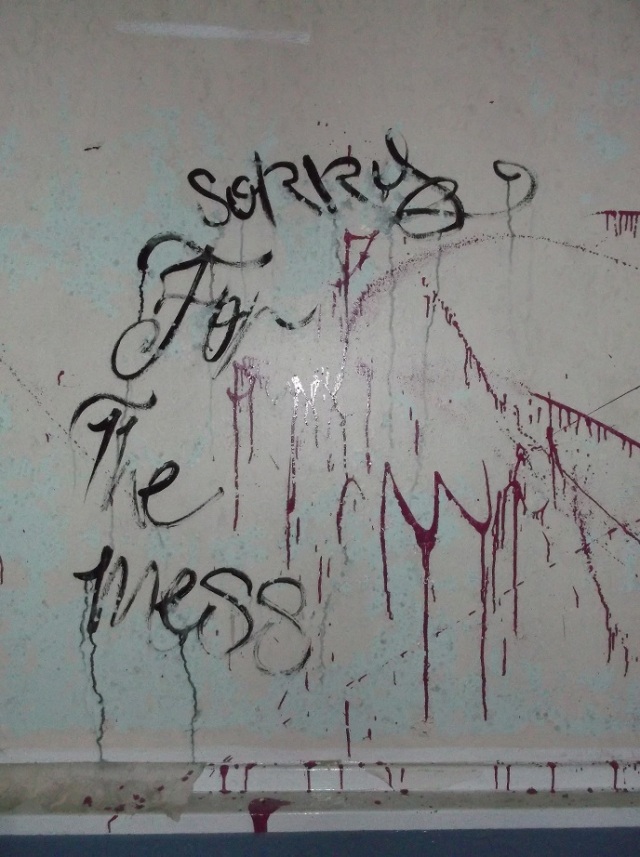 I travel around and write about it. When I'm not travelling around, I write about whatever seems meaningful to me at the time; these are usually meditations on current events, finding ways to survive the crushing existential grind of modern civilisation or vaguely philosophical musings.
View all posts by Luke Smith →
This entry was posted in the highlands and tagged abandoned school, graffiti, Journeys Through Pre World War 3 britain, Lesmahagow, lesmahhagow, scotland, urban exploration, urbex. Bookmark the permalink.