A sad hymn for the Loch Ness monster. The kraken and its bad business practices. The shattered mystery of an iconic Loch. Tourism and marketing. The journey continues. 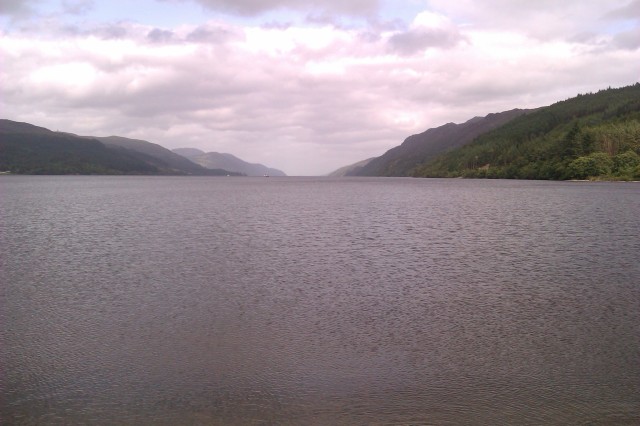 A prehistoric reptile can’t get no peace in Loch Ness. These days, she’s a gimmick; what’s referred to in business schools as a Unique Selling Point. As if the sheer natural beauty of the area isn’t enough. It can’t just be lochs and mountains and changing skyscapes. There has to be something more.

You can picture Nessie rising from the dark water, hearing the rumble of traffic, and wondering what the fuck she’s still doing here. She could swim to shore and see shops plastered with her likeness, shelves lined with her effigy in stuffed animal form, pound signs attached. A surreal experience for any loch monster.

She exists only in the combined consciousness of tourists and shop owners, but her celebrity is still gigantic. In another world she might give TV interviews or have a sideline selling photos of herself, Spiderman style. But where’s the dignity in that? It is unbecoming of an ancient loch monster to be a publicity whore, it’s something of a contradiction.

This place was built on mystery, but now the mystery is so well marketed, that there is none of it left. At least not during the tourist season.

My theory, realising the situation she was being forced into, Nessie moved. There’s no shame in downsizing for a better neighbourhood. I imagine she’s happier now, with how things have played out. Her only real concern at this stage; stay hidden. She probably has a deep-gut fear of photography. A single still image could ruin her peace. In a year there’d be a gift shop next to Loch Maree, also selling her likeness in cuddly animal form. 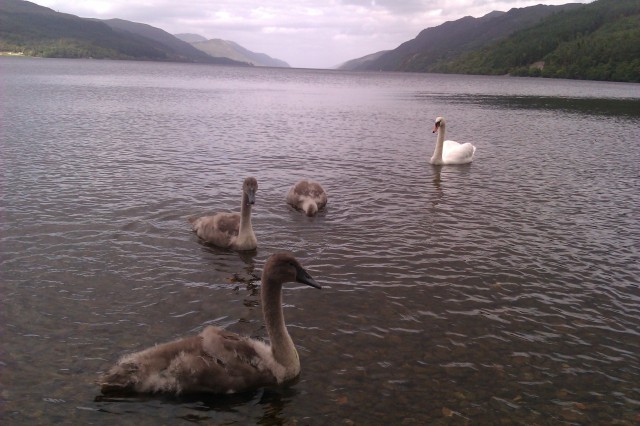 The funny thing is, Nessie only works because she’s never been found, because she probably doesn’t exist. If someone found and caught her in the seventies; by now she’d have faded into history. A novelty, much like the discovery of the giant and colossal squid. They were just stories until they weren’t and when they stopped being stories, people stopped caring. A few apologies were made by science to the ancient painters of the Kraken and that was that. The Giant Squid, although pretty cool, isn’t driving anyone’s tourist economy.

Now, maybe if you had it confined in a smaller area, and the only evidence were witness accounts and tantalisingly blurry photographs, maybe that cryptid could drive an entire country’s tourism… at least until someone gave it a Latin name and started adding it to biology textbooks.

Just as long as it stays mythic.

I travel around and write about it. When I'm not travelling around, I write about whatever seems meaningful to me at the time; these are usually meditations on current events, finding ways to survive the crushing existential grind of modern civilisation or vaguely philosophical musings.
View all posts by Luke Smith →
This entry was posted in Lake District and the Scottish Highlands '13 and tagged adventure, around loch ness, colossal squid, cryptid, cryptozoology, giant squid, highlands, Journeys Through Pre World War 3 britain, journeys through pre ww3 britain, loch ness, monster, Road trip, scotland, the highlands, tourism, West Coast. Bookmark the permalink.